5 Reasons to NOT use Standardized Tests in Your Homeschool 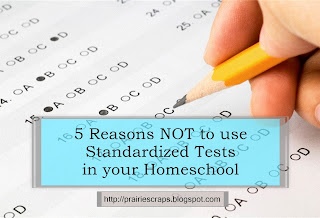 Last week our area homeschool group parents got into a discussion about testing.  Many parents in our area, have paid money every year for their kids to have Independent Standardized tests.  I have taken a different approach for checking where my kids are at, and making sure that they are understanding what I'm teaching.  In fact, a part of me really doesn't like the standardized tests at all!  Here are some of the reasons why I think they are NOT effective (all my opinions):
This all leads me to the next article that I started out to write: 5 Ways to Know that your Homeschool Works!  Stay tuned for that article soon!

Please know that this is all my opinion based on my personal experience of  homeschooling my own five children for the last 13 years.  Please review your state laws for requirements for standardized testing and homeschooling in your state!  I hope before you pay someone to test your child, you consider not wasting your money.
Posted by Prairie Scraps at 7:23 AM No comments:

Email ThisBlogThis!Share to TwitterShare to FacebookShare to Pinterest
Labels: Homeschool, Life on the Prairie, Opinions

I can't say a whole lot about the deals going on, but I can say, you won't want to miss out on them!  You can go directly to my website to check it all out HERE.  The sale items are only while supplies last from January 25-31, so go there right away!  Please contact me if you have questions or need help placing an order. 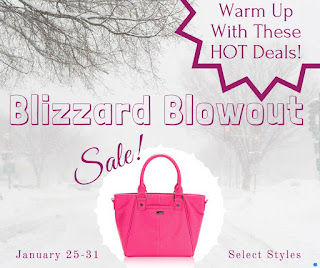 If you are not already in my VIP group, please find me on Facebook HERE and you will be notified ahead of time of deals, new products, fun giveaways and more!
Posted by Prairie Scraps at 8:13 AM No comments:

I read the book, "Purple Cow" by Seth Godin on a recommendation of another direct selling leader in my company.  I was so excited that "Purple Cow" was available through our library system to check out for free!  Well, I'm here to say, that you will need to buy this book here, because you will want to really absorb this entire book.  I wanted to take in each and every word, and ended up having library fines for this book, because I just couldn't return it until I had read the entire book. 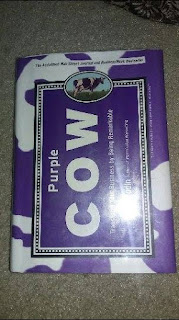 I thought this book was going to give me some answers about how to run my business better.  You know, the specifics.  I thought it would tell me step-by-step how to make my business stand out above the others.  Unfortunately, that's not exactly what this book did.  However, it will change how you work and think about your business. The "Purple Cow" will help you look for ways to stand above the rest and be remarkable.

You  will need to own your own copy of the book, for sure!  I had to read a section, then put it down and think about it and how it applied to my business.  Although this book isn't long or even complicated by any means you will want to take each section of the book little by little and really digest it.  If you own your own business or are part of a planning or design team for any business, you will want this book for your own as well as all of your co-worker's.  This is definitely a must have book for all direct sellers as well as small and large business owners and operators!

Posted by Prairie Scraps at 6:34 AM No comments: 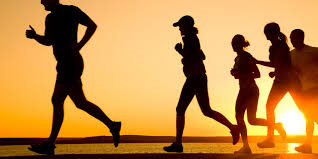 Exercise doesn't work for me.  I know, everyone is supposed to work out and exercise regularly, but I'm living proof that it doesn't work!  I know so many people say it works for them, but honestly, after years of trying to work out consistently, I've given up!

Here's my Top 10 Reasons that exercise doesn't work for me.
So there you have it.  I've worked out for years, changed up my routines, tried different kinds of exercise, rotated it, and just kept going, and I still don't lose any weight, and actually feel worse than if I don't exercise!  This all seems like it's the opposite of any really feel good, wonderful blog post, but I have to be honest with you -  no matter what I try, exercise doesn't work for me!

With all of that being said, I actually found something that helps me lose weight, in all the right places, and I feel amazing!  I'd love for you to try it too!  How about giving it a shot?  You can go HERE to get started with a life change, without all of the exercise!  I lost 35 pounds in 3 months!  I'm not kidding!  For the first time in my life (I'm almost 45 year old), I am losing weight and feeling great, without all the horrible exercise!
Posted by Prairie Scraps at 7:27 AM No comments: 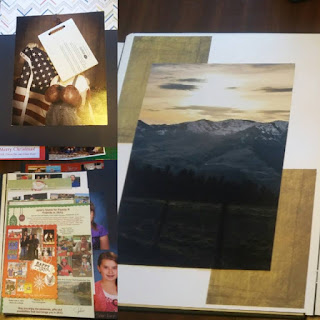 For over 15 years, I have been an avid scrapbooker.  I was constantly working on getting my albums finished and up-to-date.  I was even a consultant for 11 years, until the second bankruptcy of the company I was with.  Digital has really made my scrapbooking different and hard to stay consistent in.  I don't get my photos printed very often, and don't really want to print everything, to cut them up and paste them into books when digital versions are so much easier.

So, some of my photos make it into digital albums and for the last three years, my photos from my walls, Christmas cards and other miscellaneous printed photos have been laying around my house, waiting for me to do something with them!  I decided to organize and get all of these pictures put into my album before I completely pack away my Christmas things this years. 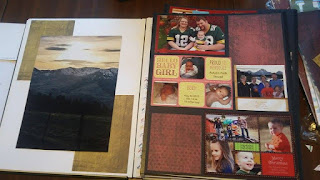 I save all of the pictures from Christmas cards, as well as the Christmas letters.  Here, my picture on the left is a random picture we had printed for the 4-H fair a couple of years ago, so I've decided to preserve it by putting it into my album. I had saved up three  years of Christmas cards, so this didn't turn out to be as quick as I thought it would. 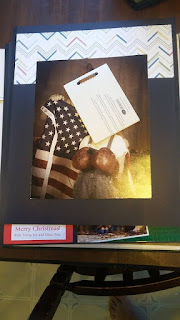 I put my yearly pictures of my kids from my living room wall in between each year.  I'm trying to decide if I should change out my wall pictures so I can get just get them done for this year, or enjoy the pictures one more year.  As you can see, I kept the layouts really simple, and didn't really even write captions, as most cards and letters were self explanatory.  I may go back with some sticker letters later and just put in some captions, but hey, if I don't get around to it, I'm just happy they are in albums! 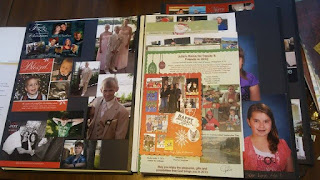 I wanted to share how I put the letters in, too.  I trim the letters down as much as possible, so they don't weigh as much in the album, then line them all up down either the inside or outside edge of the album. Then I tape just on one edge, so the letters can be lifted up and read as I'd like.  When I put the page protectors on it, I put the letters on top of the protectors so they can still be lifted (that's why I place them on the outside edge.)
I have noticed two things the last two years: 1. Not as many people are doing the yearly letters anymore.  It kind of makes me sad, because I don't keep just cards, only pictures and letters and 2. People have started to make their picture cards double sided, so it's hard to keep these and be able to see all the pictures!  The company that is doing this is Tiny Prints.  I put this card with the letters, you can see it's the red one on the right.  It's really stiff though, but I'm not sure it will be easy to read the back.
This is not my only organization project going on this week.  Do you need bins for getting your closets organized this month?  They are on such a great deal this month, please consider cleaning out all your closets using these great bins for the month of January only: January Special.
Posted by Prairie Scraps at 8:50 AM No comments: